The road of death - The nightmare of congolese migrants, from Brazil to Canada 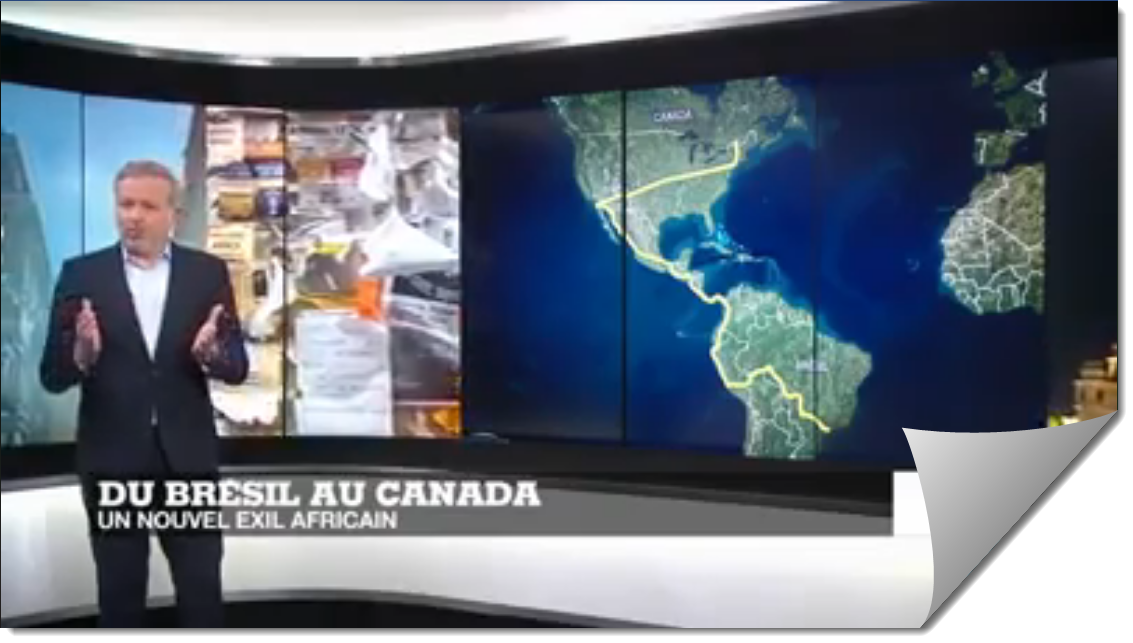 It is called "the road of death". every year thousands of migrants seeking a better life go through ten countries, from Brazil to Canada. They come from Cuba, Venezuela, Haiti, but also, more recently, from Africa or Asia. And every year, this road kills, often in general indifference.
For five months, reporters followed rosette the congolese and his family on
This road of all dangers. Exceptional report of 36 minutes.
In five months, rosette and his family have travelled over 20 miles, at risk.
Of their lives. They first fled the Democratic Republic of the Congo, then crossed two continents, South America and America
North. In Sao Paulo, Brazil, where they arrived with a simple tourism visa, they then crossed the entire south American continent, known as the Colombian Jungle, before joining the United States, and finally the Canadian Eldorado. In Total, they crossed ten countries,
Holy Bible

Have passed into the hands of illegal networks, drug cartels, police or military officers more or less crooked
Who control borders.